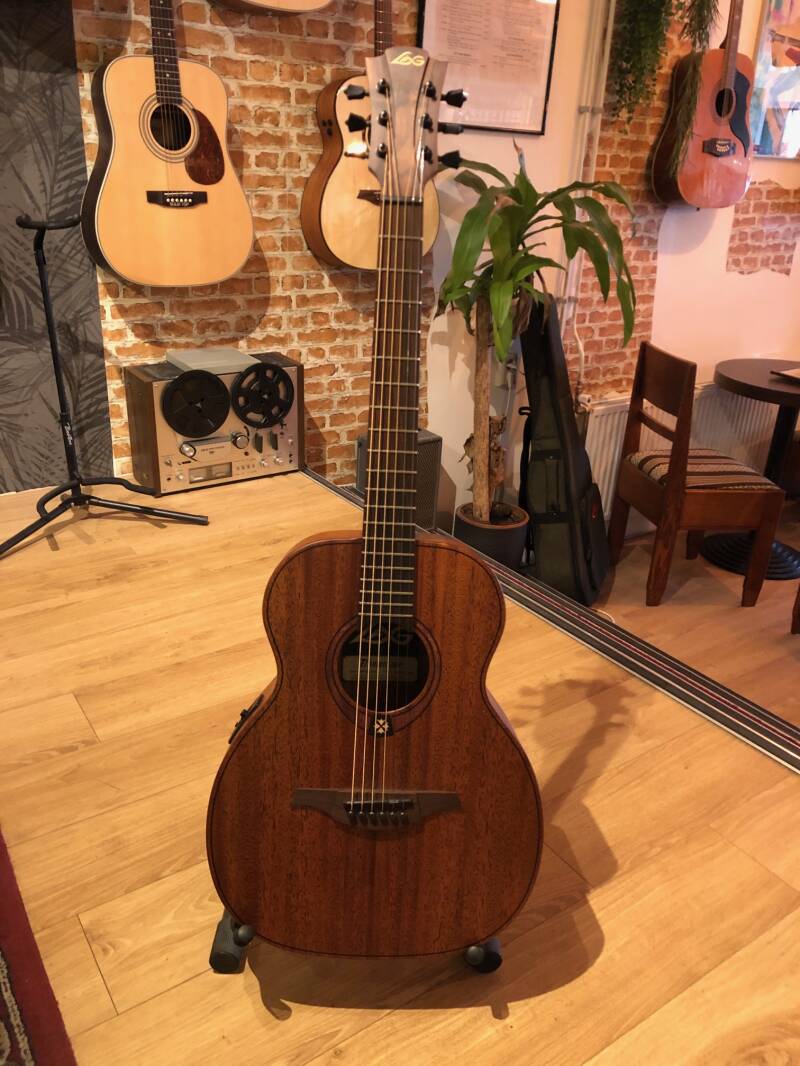 There was a young and handsome musician whom we called Michel Lâg.
One sunny morning, he decided to make electric guitars in the heart of Occitan country.
It was in 1981, in this colorful region of southern France, that the beautiful story of Lâg guitars began.
After a few thousand electric guitars made for the greatest pleasure
of French guitarists, our charming Prince made an encounter that would transform the destiny
of the pretty Lâg factory, at the dawn of the new millennium.

It was at this time that the fairy Algam appeared.
Originally a traditional instrument factory, it then became one of the major players in musical instruments distribution.
However the desire to reconnect with the production came back in force, and with a magic wand,
she turned the French manufacturer of electric guitars into a thriving brand of acoustic guitars.
A decade later, a shower of international awards crowned with success the very elegant Lâg guitars,
recognizable among thousands to their now iconic oval rosettes and their so majestic heads.

Our story would not look like a pretty fairy tale if a beneficent mage had not come to lend a hand to this good Algam fairy.
Thus, in 2016, the famous French luthier Maurice Dupont appeared. His arrival in the Lâg factory was a real revolution.
With his title of Meilleur Ouvrier de France (best Craftsman of France),
he soon transformed the 110 workers into 110 very conscientious luthiers.

And for our story to be even more beautiful, all that was missing was the appearance of a good genius conversant with new technologies.
Indeed at first beauty was given to the Lâg guitars by the Algam fairy,
Indeed afterwards a wonderfully harmonious voice was added by the good mage Maurice Dupont,
So indeed it was the perfect time for Adrien Mamou-Mani, guitarist and doctor in vibratory physics, in his turn,
to make a master stroke by giving birth to a new generation of acoustic guitars.
No doubt you will fall in love with this guitar which became intelligent:
the Lâg/HyVibe Smart Guitar.