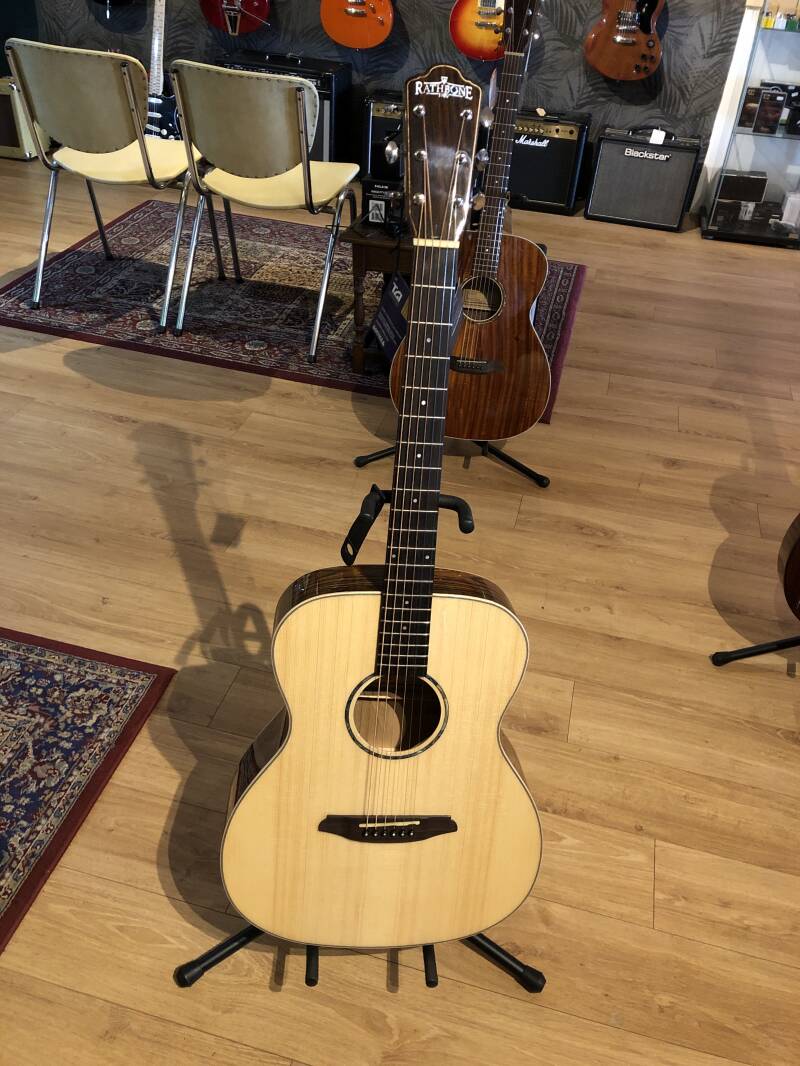 A real powerhouse, this R2SB Orchestra Model uses a Solid Spruce top for tonal clarity, and highly-figured Bocote for the back and sides. The beautiful Bocote wood responds similarly to maple with superb linear projection and clarity.

Due to the environment in which it was initially designed to be used, the 'OM' was not a large-bodied guitar. In fact, few of the early 'modern' guitars would be considered large today. So, the 'OM-sized' Rathbone No.2 is not a large bodied guitar either, but the neck joins the body at the 14th fret, so the scale length is one that we would recognise from most modern guitars. When first used, this 'long' scale legnth was found to help deliver a remarkably, and some may say disproportionately, powerful and dynamic tone. The tuned strings are under greater tension than on shorter scale guitars, so they give a far greater tonal response and 'punch'.