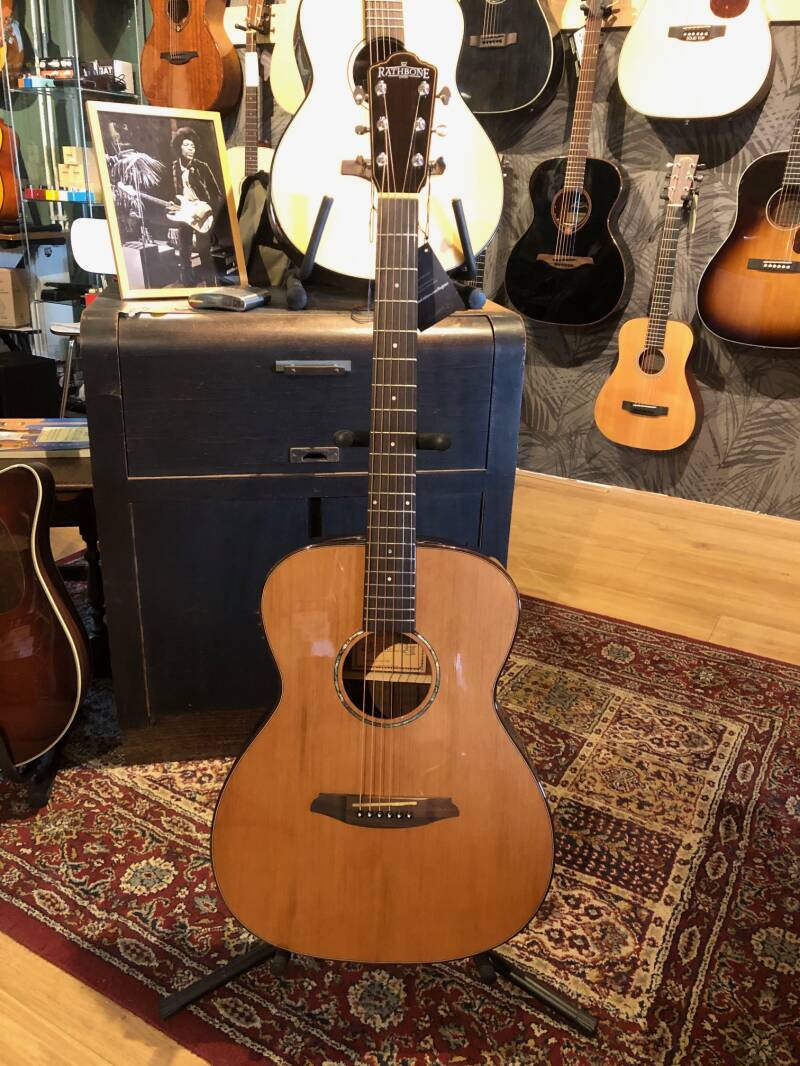 Equipped with a dynamic core, the Solid Cedar top of the R2CRE initiates a warm, mellow tone which is further enhanced by the Rosewood back and sides. Although the 'OM' body shape is usually tonally strongest in the mid-range, the use of Rosewood ensures a somewhat increased low-end response and high-mid sparkle.